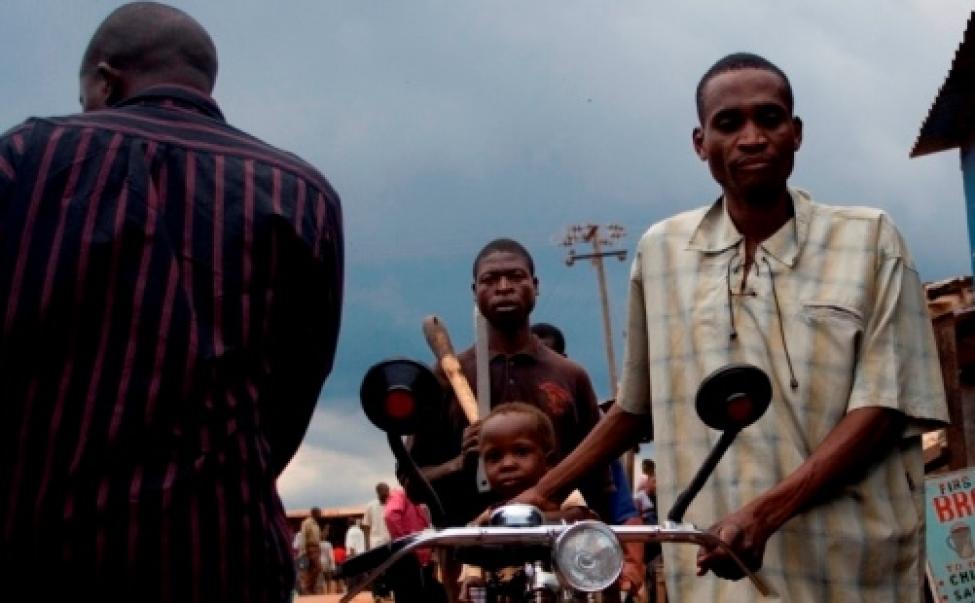 The IOM Partnership on Health and Mobility in East and Southern Africa (PHAMESA) programme has released a summary of initial findings of a study on health vulnerabilities of mixed migration flows from East, the Horn of Africa and the Great Lakes to Southern Africa.

The findings were presented at the 2nd Ministerial Conference on the Migration Dialogue for Southern Africa (MIDSA) in Maputo, Mozambique.

The study was commissioned by IOM in 2012 as a direct response to the growing phenomenon of mixed or irregular migration from the three regions to Southern Africa. The main aim of the study was to generate data that responds to the policy needs of mixed migration flows between the concerned regions and to improve the health conditions of migrants throughout the process.

In addition the study sought to collect further data and update the findings of the 2009 IOM study, “In Pursuit of the Southern Dream,” which assessed the trafficking of men and boys from Eastern Africa to Southern Africa, focusing on populations migrating from Ethiopia, Kenya and Somalia.

The findings from the initial stage looked at the demographics of the migrants, evolving gender dynamics, push and pull factors, the route and means of transportation, estimated numbers, modus operandi of smugglers, and types of abuse and exploitation faced by migrants, as well as health issues in transit and destination countries.

The study investigated and analysed mixed migration movements from the Democratic Republic of the Congo (DRC), Ethiopia and Somalia en route to Southern Africa. While South Africa is still considered to be the traditional destination country for these migrants, countries such as Malawi, Mozambique and Zambia are increasingly being viewed as alternative destinations.

The precise number of migrants who undertake this journey is unknown, as they have to pass through several transit countries. There are reportedly growing numbers from the DRC, Ethiopia and Somalia arriving in South Africa. But many remain in transit countries like Mozambique to take up jobs, particularly in the booming mining sector.

Although the majority of the migrants involved in mixed migration flows are young men, there are growing numbers of young women from Ethiopia and Somalia making these journeys. Migrant groups from the DRC include more families, including elderly people, mothers and children. There is also growing evidence of more unaccompanied minors making the journey.

Better life and opportunities in South Africa remain the main pull factors. But most of the migrants interviewed cited war, poverty and political violence as the main reasons for leaving their countries.

By land, the most popular transit countries include Kenya, Malawi, Mozambique, Tanzania, Zambia and Zimbabwe. Container trucks, boats and travel on foot are the usual modes of transport for most migrants, although some use commercial transport including buses and air. Travel by boat has apparently declined.

Conditions under which many migrants are transported or detained pose serious health risks. Migrants often travel in container trucks, which pose serious risks of suffocation and sometimes death. They also lack access to water, food and shelter along the route. Women, in particular, suffer physical and gender based violence resulting, inter alia, in serious psychological harm.

Detention in transit countries can also pose significant health risks, including exposure to tuberculosis (TB) and in some cased multi-drug resistant TB, as there are very few screening programmes in prisons and detention centres in the region.

The study also found that smugglers play an important role in facilitating the movement and transit of most migrant groups, especially the Ethiopians and Somalis. Migrants can pay up to US$ 5,000 for a journey through transit countries like Zambia and Mozambique. The smugglers assist with various local issues in transit such as paying bribes, arranging local transport and guides. The complete journey may take up to six weeks, including stops in ‘safe houses’, refugee camps and other transit centres along the route.

Corruption is also rampant. While some migrants may have legal travel documents, there is evidence that forged documents including passports, border passes and visas obtained from some transit countries are also used. Smugglers collude with immigration and border officials to facilitate smooth transit of undocumented migrants.

There continues to be mixed feelings towards migrants in various transit and destination countries. There is reported discrimination against Somali and Ethiopian migrants in several transit countries as they are not recognized as ‘real’ refugees and are sometimes referred to as “illegal immigrants” by law enforcement and immigration officials.

“This study will help governments and other stakeholders in origin, transit and destination countries gain a better understanding of the different vulnerabilities, including health vulnerabilities, faced by migrants undertaking this journey and to comprehensively respond to their needs,” says Dr. Erick Ventura, IOM Migration and Health Regional Coordinator.