IOM Launches ‘I AM A MIGRANT TOO’ Poetry Book 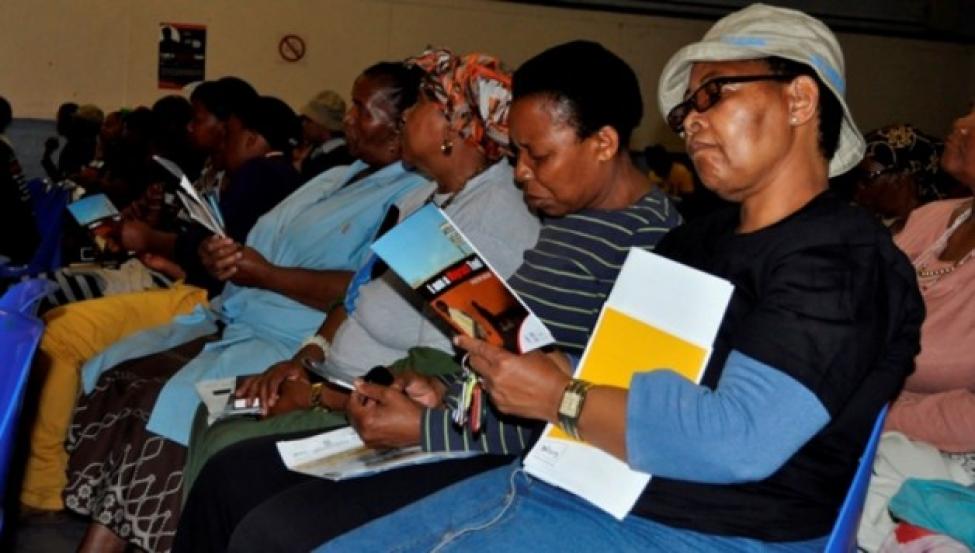 IOM South Africa in partnership with the City of Johannesburg and United Nations High Commission for Refugees (UNHCR) launched the ‘I AM A MIGRANT TOO’ poetry book to celebrate International Migrants Day on Friday 14 December 2012 at Uncle Tom Hall in Soweto, South Africa.

This event marked the end of the month long ‘I AM A MIGRANT TOO’ campaign launched at the beginning of November 2012. The campaign was aimed sensitising the South African public that migrants are an integral part of society; in fact, we are all either migrants or we are related to migrants.

As a part of the campaign, IOM invited poets from across the country to submit poems on the subject ‘I AM A MIGRANT TOO’. The competition attracted over 200 poetry entries written by artists of all ages, backgrounds and diverse life experiences. The poems invite us to reflect on what migration means and how migration is part of human nature and a part of our lives.

“We thank all the poets, including young children, who submitted their artistic work to this competition, particularly young children who shared raw and vivid expressions of their life’s experiences. Some of them won awards, some of them received honorary recognition but to us, everyone is a winner!” says Dr. Erick Ventura Chief of Mission a.i. IOM South Africa.

All the poems were adjudicated and the award winners’ poems and finalists were edited and published into a poetry book. The poems in the book celebrate migration and advance our understanding of migration. They celebrate the richness in the diversity that migration brings but also share the similarities between migrants and host communities.

“The poems that are included in this book show just how diverse the migrant community is in South Africa, as well as how many South Africans are willing to welcome migrants into their communities. That is definitely something to celebrate,” says Clementine Nkweta-Salami, UNHCR Regional Representative for Southern Africa

“I am a migrant that has never left his birthplace, but opened a door to the one who left theirs. I am a migrant that was looking forward to move out of home, but I have shed tears with those who miss their homes every day,” says Mzikayise Sithole, a 23 year old poet from Soweto and award winner.

“We are one, we all share the same sun, we all breathe the same air, we all bleed red, and our similarities outweigh differences. I am a migrant, too Aren’t you?” says Damian Oakes, student at the University of Pretoria and award winner.

The campaign feeds into other existing initiatives to combat xenophobia in South Africa and is leaving body of knowledge through the poetry book, which reflects the feelings and calls-to-action by migrants and South Africans themselves from all works of life.

The poetry book is available for download on the IOM South Africa website (www.iom.org.za) and print copies will be distributed to schools, universities, and the UN library in South Africa.

IOM also used the event to celebrate the 2012 International Migrants Day. The event, hosted by Stoan Seate, the campaign ambassador featured poetry recitations by award winners from the poetry competition and performances by different cultural groups.