IOM and stakeholders embark on a 5km march against human trafficking 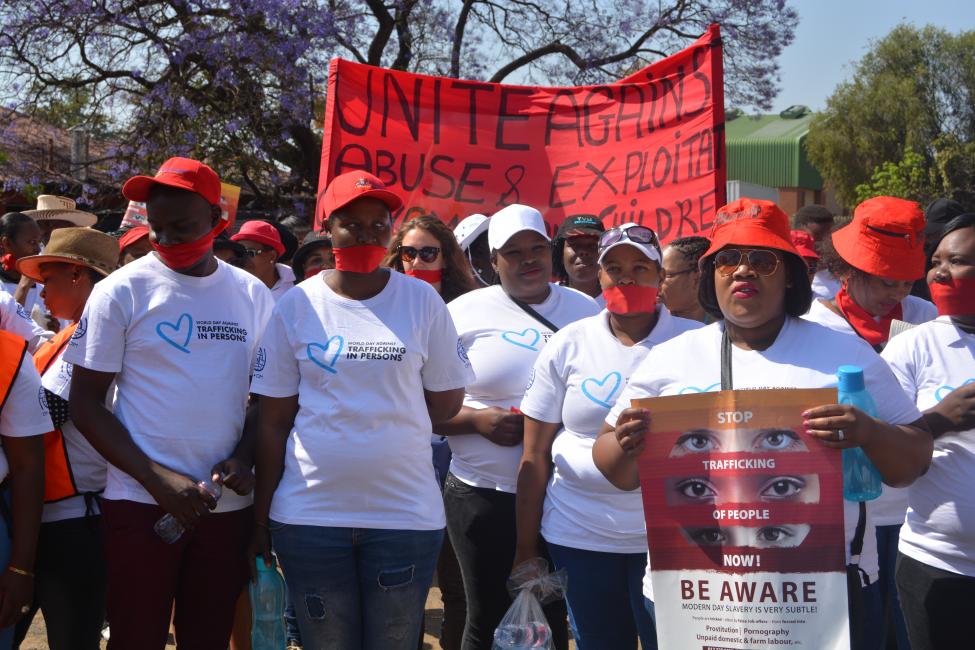 Stakeholders from Government and Civil Society took to the streets of Tshwane to raise their voice against the trafficking of persons on October 13th.

Mercy House in partnership with the International Organization for Migration, the Department of Social Development, the City of Tshwane, the Department of Home Affairs, marched throughout the city on a five kilometre march, raising public awareness on an issue that is not given enough public attention.

The 5km march comes after the United Nations declared the first World day against Trafficking in Persons to be commemorated annually on the 30th of July in 2014. The day is aimed at raising awareness, educating the communities and to highlight the plight of the millions of women, men and children who are victims of trafficking from all corners of the world, as well as encouraging people to take action against this crime.

Speaking at the main event after the march, Resh Mehta from IOM South Africa said “It is very important to remember that human trafficking is a reality, it happens under our noses and it’s for us to recognise it, identify it so that we can assist the victims and make a difference to this crime.”