Helping Refugees Begin a New Life in the US 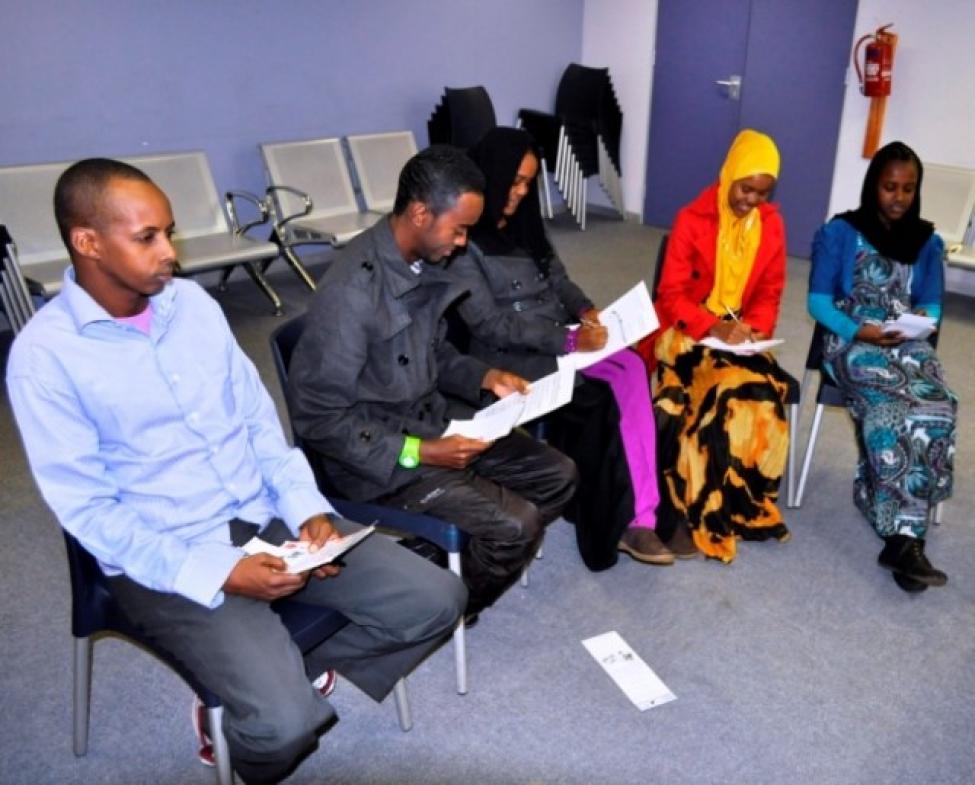 IOM South Africa and the Resettlement Support Centre Africa (RSC Africa) based in Nairobi hosted cultural orientations for refugees accepted for settlement to the United States (US) from the 19th of March to the 10th of May in Pretoria, Cape Town, Port Elizabeth and Durban.

The cultural orientations, conducted by RSC Africa trainers from Nairobi are aimed at providing factual information and essential skills to enable refugees to have a positive resettlement experience as well as develop realistic expectations about the US.

Refugees accepted for resettlement to the US often face challenges adapting to their new home, as their cultures and way of life are very different from those of the US. These pre-departure orientation sessions help refugees to better adapt to the new life in the US.

For more than 60 years, IOM has played a vital role in resettlement around the world. Resettlement is a sometimes unrecognized yet compelling instrument and symbol of international solidarity and burden sharing to find a durable solution for refugees who are either unable to return to their country of origin for fear of continued persecution or do not have the option to stay in their country of asylum.

Mohamud, father of 6 children arrived in South Africa as a refugee in 1997 fleeing war and conflict in Somalia. In 2002 he married his current wife; a widow who also fled to South Africa with her 4 children after her husband was killed during the war in Somalia.

The family settled in Venderdorp, in the North West province of South Africa but life has not been easy for the family as they continued to experience violence and discrimination in the community.

Mohamud is excited to be resettling to the US where he believes his life will change and his children will get education without any discrimination.

“With this orientation I feel my family is ready to settle in the US and we look forward to our new life”, says Mohamud .

Since March 2013, IOM and RSC have facilitated over 270 cultural orientations for US bound refugees. These refugees form part of the worldwide United States Cultural Orientation programme, which started in 1990.

The US government provides refugees with legal and physical protection, including access to civil, political, economic, social and cultural rights similar to those enjoyed by nationals.

IOM initially assisted in the resettlement of Europeans who were displaced in the aftermath of World War II. Since then, the number of people resettled by IOM has grown rapidly. According to the World Migration Report, 2012, in the last decade, IOM assisted 810 000 refugees in their resettlement to a third country.