Building and Strengthening Communities of Peace and Diversity through Sports 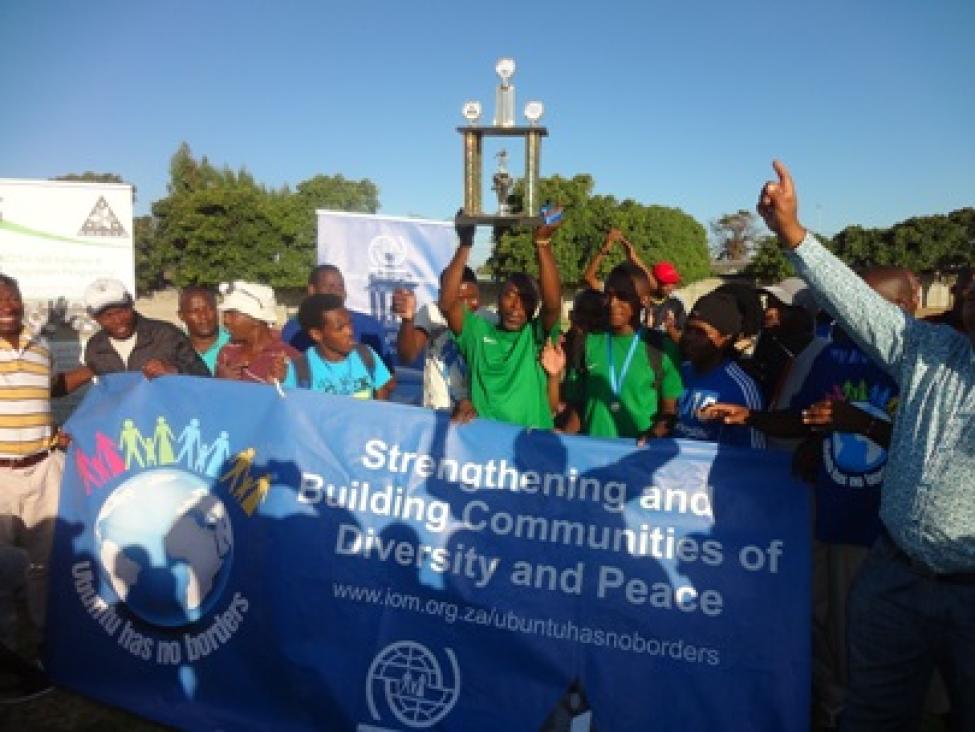 The Agency for Refugee Education, Skills Training & Advocacy (ARESTA) and IOM hosted a soccer tournament aimed at building and strengthening communities of diversity and peace in Brown’s Farm in Philippi, Cape Town on the 19th of January 2013.

The soccer tournament brought together teams made up of locals and foreign nationals from the greater community of Philippi who competed for the ultimate prize of being local champions of peace and diversity.

“This tournament provided a positive space for community members and foreign nationals to come together as one by playing together, celebrating or losing as a team,” says Charles Mutabazi, Director of ARESTA.

The event attracted over 300 community members who showed their support for this worthwhile initiative and also came to cheer on their local soccer stars.

“Through sports, locals and foreign nationals were able to set aside their differences and unite as one.  Such initiatives assist in promoting values of respect, tolerance and Ubuntu,” says IOM South Africa Acting Chief of Mission Dr. Erick Ventura.

The tournament also provided an opportunity for children and youth to demonstrate their cultural dancing skills in celebration of diversity and peace.